Most people can dramatically improve the quality of their diet by including more “green items”: broccoli, spinach, peppers, kale, romaine lettuce, etc all provide tons of high quality nutrition for a minimal caloric impact.

Although most people understand the positive impact of including more green vegetables, today I’d like to spotlight another great “green” product to boost your body transformation efforts: green tea. 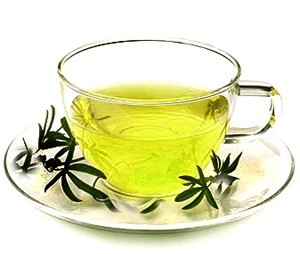 Who says it isn’t easy being green?

What is tea? Although many beverages are marketed as tea, most are actually “herbal teas” or tisanes.

Real tea must come from the Camelia Sinesis plant. This means that only white, green, oolong and black teas are actually beverages that can be labelled as tea.

Since all teas come from the same plant, what makes them have different health properties and taste?

It boils down to how the plant is processed. Shortly after being picked, the leaves of the tea plant begin to wilt and oxidize, if not dried immediately.

Tea leaves turn progressively darker as their chlorophyll breaks down and tannins are released. This enzymatic process represents a kind of semi-fermentation.

By heating the leaves at a predetermined stage, oxidation is halted as certain enzymes become deactivated. This leads to the production of 4 major classes of tea:

Although all varieties of tea have some similar properties (they do come from the same plant after all), each method of preparation results in a product with specific health benefits.

And our interest today is to look at green tea.

Before we get too far, let me just state that a cup of tea DOES NOT contain more caffeine than a cup of coffee. A standard 8 oz. serving of coffee provides 80-120 mg of caffeine whereas a typical cup of tea contains 25-40 mg.

Pound for pound, tea contains more caffeine than coffee, but we don’t drink a pound of tea every time we sit down for a cup. That being said, green tea does contain two caffeine-like compounds: theophylline and theobromine.

Both of these compounds have properties similar to caffeine. However, in contrast to using caffeine, neither theophylline nor theobromine tends to produce the “crash” that can accompany caffeine ingestion.

Green tea also contains a number of polyphenols with contribute to its purported health effects. There is a body of research that suggest green tea can reduce the risk of cardiovascular disease, various cancers, kidney stones, while improving bone density and dental health as well as enhancing cognitive function.

An impressive list to say the least, although I’m not about to suggest that green tea is some magical “cure for what ails ya”. Obviously the impact of green tea consumption will vary between individuals but with so many potential benefits, green tea seems like a valuable addition to your diet.

Even after extolling the myriad health benefits of green tea, many of you still won’t be convinced to start drinking it with any regularity. However, if you knew that becoming a regular green tea might also help you drop a few extra pounds… would you suddenly take up a keen interest?

Although tea contains a number of chemicals, it is one of the polyphenolic compounds in green tea, epigallocatechin 3-gallate (EGCG), that may play a particularly potent role in fat loss.

Participants (generally healthy, sedentary individuals BMI ~32 m/kg2) were asked to maintain constant energy intake (which they did) and engage in ~180 min/wk moderate intensity exercise, including at least 3 supervised sessions per week.

Basically, they were asked to workout 3 times a week for about an hour, quite a realistic, albeit sub-optimal, amount of training for the average individual. After 12 weeks of drinking one of the beverages every day, what did these researchers find? 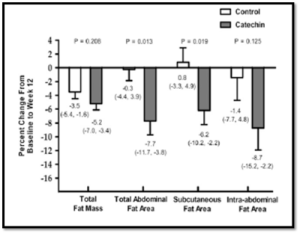 Surprisingly, even with this modest amount of exercise and no instructions to reduce caloric intake, both groups lost weight, which was good.

However, the catechin/caffeine combo was far more effective in helping people lose abdominal fat, which is viewed as the most dangerous fat from a health perspective.

Overall, the catechin/caffeine group lost 1.2 kg more kilos (2 ½ pounds) than did the caffeine alone group. This isn’t an earth shattering difference by any stretch of the imagination, but given how little effort it takes to add green tea into your daily routine is there any reason not to adopt this habit?

What was particularly intriguing is that this extra weight loss was produced despite no actual diet advice or intervention being a part of the study.

Kind of comforting to know that adding a simple habit like drinking green tea can significantly enhance the benefits of even a poorly designed exercise protocol.

Frankly, given how challenging it can be to produce sustainable fat loss, incorporating regular green tea seems like one of those “small change, big benefit” lifestyle modifications that make a whole lot of sense.

The 625 mg of catechins in the aforementioned study provided about 215 mg of EGCG. But how much green tea is that in real world terms? Tough to say with any certainty, since within green teas there is a wide variety of types and processing methods.

A cup (8 oz) of most loose leaf green teas should provide anywhere from 60-180 mg of EGCG. This makes drinking 2-4 cups per day seems like a reasonable goal to shoot for.

A word of advice: not all green tea is created equally. Loose leaf green tea contains far more EGCG than does the green tea found in tea bags.

Frankly, the green tea found in bags is of a vastly inferior quality and taste and I recommend only using it as a last resort. 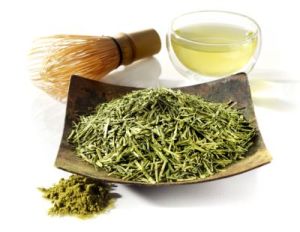 The same avoid warning goes for decaffeinated green tea. It’s got about 1/3 the amount of EGCG per serving as does regular green tea, so unless you are extremely caffeine sensitive, I’d advise opting for the real deal and just making sure you consume it well before bed time.

One of the best ways to markedly increase your green tea consumption is to brew up a large batch of green tea, then chill it and drink it as iced tea.

You can tote around a 1 L water bottle full of green tea and drink it throughout the day. Although flavoured, bagged green teas are garbage, flavoured loose leaf is not.

I highly recommend picking up a mango/lime/cherry flavoured green. These teas are amazing both hot or cold. Another point in favour of green tea, a 100 g bag costs about $7 and will make at least 20-25 cups.

This amounts to only $0.28-$0.35 per serving, which is far, far cheaper than a can of coke, cup of coffee or bottled water. Give loose leaf green tea a try; your taste buds, wallet and waistline will thank me. Till next time, train hard and eat clean.